Currently, more than 50% of cancers and 70% of cancer-related deaths occur in people above 65 years old (inclusive)1. SEER data shows that the proportion of the elderly among patients with lung cancer has been increasing in recent years2. It is estimated that 70% of cancer patients will be above 65 years old (inclusive) by 2030 1. Anti-angiogenic therapy has proven its efficacy and safety for non-small cell lung cancer (NSCLC) and thus has established an unshakable reputation as it is recommended by a number of authoritative guidelines/consensuses. However, whether elderly patients will benefit from anti-angiogenic therapy remains unresolved and disputable. 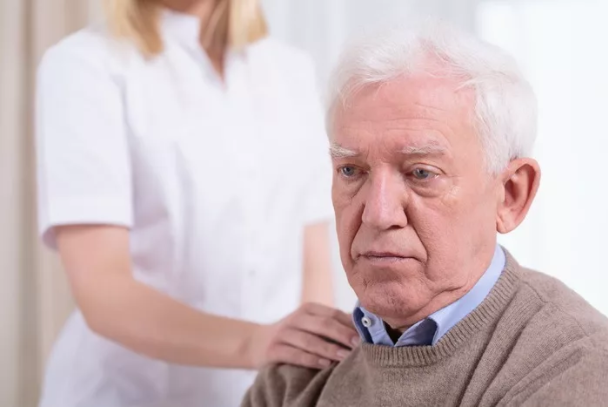 As shown by the subgroup analysis of REVEL study (Ramucirumab combined with Docetaxel for advanced NSCLC second-line therapy), patients at older ages were less likely to benefit from Ramucirumab3. In the study, patients were assigned randomly, at the ratio of 1:1, to the group for Ramucirumab(10mg/kg) combined with Docetaxel (75mg/m2) or the group for placebo combined with Docetaxel (n = 1253) for a 21-day treatment period. After stratification of patients by Quintiles of their ages, the results showed that HR of either PFS or OS increased when the ages went up. OS reached the critical value of no benefit at the ages of above 53 years old (inclusive). PFS reached the critical value of no benefit at the ages over and including 64 years of age. These suggested that the therapeutic effectiveness of Ramucirumab and age were closely related.

A BIG question: What age on earth will be the critical value of no benefit ?

Take Bevacizumab as an example, a typical retrospective study of Ramalingam et al suggested that chemotherapy combined with Bevacizumab for first-line treatment of NSCLC not only did not increase PFS and OS benefits, but increased the risk of adverse effects in patients over 70 years old. This study used the data sourced from ECOG 4599 study (RCT), which enrolled 224 patients above 70 years old , who were divided into the PC group (Paclitaxel + Carboplatin) or the PCB group (Paclitaxel + Carboplatin + Bevacizumab). In this elderly population, the HR for PFS and OS were 0. 76 (95% CI 0. 57-1. 01) and 0. 87 (95% CI 0. 64-1. 19), respectively, suggesting no benefit for these patients.

Is it alright to make a decision only by age?

Whether elderly patients shall use anti-angiogenic drugs is a multi-dimensional and complicated issue. And even if all patients are the elderly, they have big differences in individual traits. For example, differences in performance status (PS score), in comorbidities, in treatment regimens, and in genetic polymorphisms, etc. An expert consensus in the United States indicated that age shall not be the only direct determinant of whether to use anti-angiogenic agents in the first- or second-line treatment of NSCLC6.

For example, in a retrospective analysis of Apatinib, the results showed that the factors affecting PFS included treatment regimen (P = 0. 018) and PS score (P < 0. 001), while the factors affecting OS included smoking history (P = 0. 014), treatment regimen (P = 0. 002), and PS score (P < 0. 001). However, age was not considered as an independent predictor 7. In addition, although no clear markers have been established to predict the efficacy of anti-angiogenic therapy, a variety of multiple genetic polymorphisms associated with VEGF have been found that might affect the prognosis of NSCLC patients8. Therefore, consideration from multiple aspects would be necessary to judge whether anti-angiogenic therapy can be used in elderly NSCLC patients.

At the same time, we also saw that different anti-angiogenic drugs presented different applicability for elderly NSCLC. For example, Ramucirumab possibly is useless for patients over 65 years old and Bevacizumab possibly is unavailing for patients over 70 years old . Recombinant human endostatin (Endostar ®) is one of the most widely used anti-angiogenic drugs in clinical practice in China. Its long-time proven efficacy and its desirable safety make it a potentially feasible anti-angiogenic drug for elderly patients. To confirm this, Professor Chen Qun et al. conducted a randomized controlled study in elderly patients. 128 patients aged 65-85 years who were newly diagnosed with stage IIIB or IV NSCLC were randomly divided into the combination group (Endostar ® + Gemcitabine) and the monotherapy group of Gemcitabine at a ratio of 1:1. The two groups of patients were similar and comparable, with a median age of above 73 years in the test group and the control group. The results showed that Endostar ® in combination with Gemcitabine significantly improved the disease control rate (DCR)， compared with monotherapy of Gemcitabine (75. 8% vs. 57. 1%，P＜0. 05) and PFS （4 months vs. 3. 7months, P=0. 027), and there was no significant difference in hematological toxicity and non-hematological toxicity after treatment between the two groups (both of their P > 0. 05 9, 10), suggesting that Endostar ® was safe and effective in elderly patients. 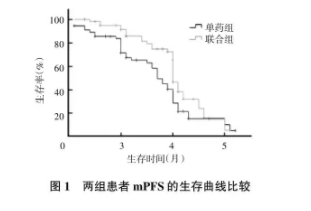